XAT 2022 was mostly difficult but some found it moderate 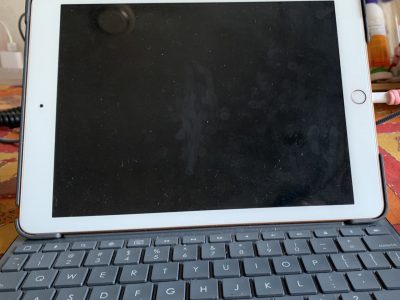 The XAT (Xavier Aptitude Test) 2022 was conducted online on January 2, 2022, between 9:30 AM and 12:40 PM. The test had almost the same structure as last year except that the Essay Writing task was reintroduced after a gap of 3 years.Two topics was provided. The test-taker had to select one.
The structure of the test along with suggested time allocation, good attempts, and estimated cut- offs based on the feedback from IMS students and experts are as follows
The Question Paper consisted of two timed parts.

PART – A (165 minutes) No Sectional Timing within Parts

A good attempt at Verbal and Logical Ability would be 13-14 questions. In Decision Making, 12-13 attempts are fine. In
Quantitative Ability and Data Interpretation, 16-18 attempts would be good.

In PART – B (25 minutes) No Negative Marks
For General Awareness, an attempt at 15 questions would be good. While the Essay will be assessed if the candidate is shortlisted for the interview.

VERDICT
Overall, XAT-2022 was similar in difficulty level to XAT 2021. The DM Section was on par with the same last year with a few questions in DM being difficult. The VALR section was slightly more challenging than the same section in XAT 2021.
Based on the inputs received from students and IMS mentors who appeared for the test and based on the actual cut-offs over the last two years, we estimate the following cut-offs for XLRI BM and HRM programs:

SECTIONAL ANALYSIS
Note: For both BM and HRM programs of XLRI, the overall cut-off is significantly greater than the sum of the sectional cut-offs. Therefore, the number of good attempts for different sections has been estimated from the point of view of a student who wishes to maximize the score in that section.

Part-A
Verbal and Logical Ability Section (26 questions)
The Verbal and Logical Ability section of XAT 2021 was at par with last year’s paper. There were 14 Reading Comprehension questions and 12 Verbal Ability/Reasoning questions. The Verbal ability/Verbal Reasoning questions were a fair mix of grammar, vocabulary, and reasoning- based questions (Critical Reasoning, Correct/Incorrect statements and Jumbled Paragraphs). The 14 RC questions were distributed among four passages and one poem. The poem-based RC was an abstract one and had 11 lines. The remaining four passages were of 300 – 450 words each approximately; they had a mixture of mostly medium to difficult questions. Many of the questions were inferential and application-based. The options were close and the directions emphasized choosing the ‘best’ one among them.
An attempt of about 13-14 questions in this section in about 55-60 minutes, with about 75-80% accuracy would be considered a good attempt.

Decision Making (21 questions)
This section consisted of 21 questions, and like last year, none of the questions were quantitative.
The section consisted of 7 sets of 3 questions each. Most of the questions were on Ethical Dilemma. The passages were short and easy to read. As usual, some questions had a fair deal of ambiguity – in that either no answer seemed correct or more than one option appeared correct. Overall, the questions were of medium difficulty. Therefore, the choice of sets/questions to attempt would have depended mainly on your personal preferences and strengths. Overall, the section was on par with last year’s test.
In about 50-55 minutes, an attempt of about 12-13 questions with about 75-80% accuracy would be considered to be good.
Quantitative Ability and Data Interpretation (28 questions)
This section was of moderate level of difficulty. As a whole, it was one notch easier than XAT- 2021. Out of the 28 questions in the section, 16 were on Quantitative Ability and 12 were on

Data Interpretation
There were four sets of Data Interpretation with 3 questions each. Two sets were somewhat logical in nature- one involved table and the other bar graph. LOD was medium though one question in each set was tricky.
The remaining two sets were based on Calculations and Observation. Out of these two sets, one was on candlestick and the other was on Line graph. LOD of these two sets was medium.
An attempt of about 16-18 questions (with about 80 percent accuracy) in about 55-60 minutes would be considered a good attempt.

Part-B
There was no break between Part-A and Part-B.
General Knowledge
The 25 GK questions comprised 13 current affairs questions and 12 static GK questions. Overall, the GK section was of the same difficulty as last year’s test. 16 to 17 questions were based on national events, 7-8 questions were based on international events and miscellaneous topics As usual, the questions covered a wide range of areas and gave no special advantage to specialists in any one area.
To maximize the score in this section, one should have attempted 15 questions seriously. Additionally, as there was no negative marking in this section, all the remaining questions should also have been attempted. A score of 6 – 7 would be a good score in this section.

Essay Writing
Two topics were provided. The test-taker had to select one topic and write an essay in around 250 words.
The topics for the essay writing task were:
1. Capitalism and democracy follow different logics: unequally distributed property rights on the one hand, equal civic and political rights on the other. debate, compromise and majority decision-making within democratic politics versus hierarchical decision- making by managers and capital owners. Therefore, Capitalism and democracy cannot co-exist.
2. In management we do not need people who have never experienced setbacks. Such people are highly risk averse. Because business schools mainly focus on stellar academic achievements during admissions, the selected students turn out to be average managers
The above analysis is brought to you by IMS Learning