When children chased butterflies and dreams 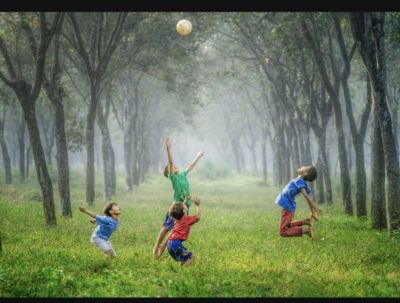 In the years gone by, children nursed simple dreams – the list would ordinarily start from teacher, the first benchers would say doctor, those analytical would say engineer, becoming an air hostess and a cricketer was also a dream then. Eventually, many of the dreamers would find themselves in some or the other services sector.

Today, thanks to COVID-19 and forced-home measures, and everything ‘’online’ ’ governing our lives (at least in the urban world), coding is the new argot. Advertisements on television flaunt young children learning to code and the Central government, in August, announcing that students from 6th class onwards would be permitted to learn coding has given this skill a new thrust.

I must confess that at my age, and even those a decade younger to me, it is quite a point of envy – to be learning to code at that age.

But while I see a sincere thought behind the ‘code’ push, it is also worth giving attention to the approximate 15 lakh students who pass out from small and big engineering colleges every year, with a good number of them jobless for not finding jobs to suit their qualifications.

Those who can afford to shell out lakhs of rupees again opt to do their MBA but quite a sizeable number take up any job they find because it is a sad tale to tell neighbours and friends that your engineer son is idle at home without a job.

That engineering is the ultimate fantasy that children should seek is a notion stressed by parents itself.

I have visited Kota often – the city in Rajasthan, considered the engineering ad medical coaching hub. Have been there at different times in the year and during admission season, it is a cheerless sight. Children with parents in tow, making desperate rounds of the institutes seeking coaching for their wards.

The fees at these training institutes can be real steep, often in lakhs of rupees and not all parents can afford but somehow the money is arranged and the admission sought. The years that follow are a different story altogether – for those genuinely interested in becoming an engineer, it is irksome but still linked to the design but for others who are there just to fulfil their parents’ dreams or their failed efforts, the time can be mentally torturous.

THe perception does exist thought that if you are studying to be an engineer or a doctor, you are far more sapient than the one pursuing English Literature or Anthropology. Parents feel a sense elf pride while discussing their children’s ‘mathematical’ bent of mind, caressing an underlying hope being that the degree is a sure ticket to instant jobs and pots full of moolah.

Unfortunately, the jobless engineers each year have a different story to tell.

Just yesterday in my LinkedIn account, I was reading a volley of arguments for and anti ‘coding’ for young children. One point of view complimented the predilection for coding, another lamented that flashy ads promising investors fighting over each other for apps built by children are only misleading and set too much of an expectation drill, worse, it puts parents from not too financial sound homes on a guilt trip.

I felt the same when the government announced that children. According to Save the Children Fund, more than 90% of children have been forced off school because of the lockdown – many of these are from vulnerable families, those that do not possess a phone, leave alone a smart phone. How will these children get back to school, leave alone learn to code. India’s tale of disparities is after all an old one.