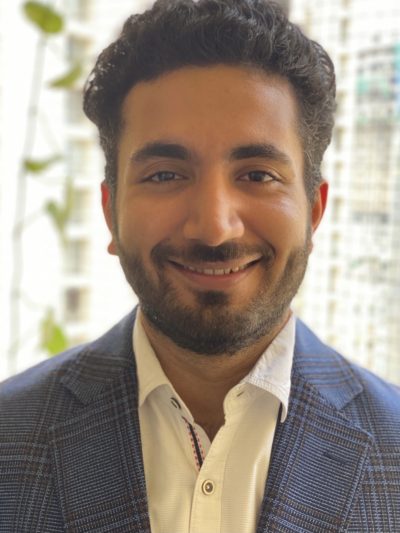 It is said that the robes of lawyers are lined with the obstinacy of their clients. But here is one lawyer, who is driven by the spunk to see fellow lawyers to-be get to the hallowed corridors of the courts with ease.

Bluepencil.news caught up with Raunak to understand the motive behind the unique venture.

What ideally constitutes good law coaching since it is one of the newer ‘coaching’ practices to have started?

Law coaching may be a relatively newer concept but the essence behind the need for one remains the same. To be able to understand the basics, the fundamental concepts that make the subject is what led to the establishment of such coaching classes/centres and today with the help of technology, bring students across the world learn and grow together. As the Founder of one such legal ‘coaching’ digital platform, what defines good coaching is the ability to help students understand in a comprehensive, interactive and in certain cases, in a personalised way, a quality conventional methods of teaching may lack.

Can coaching make a person a lawyer or are there some traits inherently that people need to have in them?

If ‘you become based on the traits you are born with’ was true, the concept of learning would have never existed. Look at any profession you are familiar with and you would not find a single ‘successful’ personality who became who they are based on their inherent traits. It’s their willingness to learn, to adapt that truly makes them stand out. In the legal profession as well, the only way to grow is to constantly learn. Every law student has to qualify before stepping into the legal world. If you look at one of the pioneers of the legal profession in India, Ram Jethmalani Sir, one would see that he turned out the way he did not because of the traits he possessed. It was his willingness to learn that helped him reach great success and that is the only trait any professional needs to possess – the willingness to learn.

Tell us about you failing the law exam – it’s fascinating that you admit to it? Why do you think you failed?

Choices. What defines success and failure depends on the choices you make. It sure was a dark phase when I failed law school and though I didn’t realise it then, it was during my journey of clearing my exams and eventually graduating that I realised it’s these choices you make that make you who you are and once you realise that and take action for the same, even what may seem like a bad choice, may end up with a silver lining. For me, failing law school led to this wonderful journey of adding value in the lives of students and helping them not make those choices I made.

And you failed twice?

Technically, I failed once (in law school) but in the ideal sense, we succeed and fail on a daily basis. The ones who are willing to accept failure as much as they do with success, in my view are the ones who truly understand the meaning of success. And as I always say, it is better to have failure as an asset than liabilities that cannot be accounted for.

Yes, why not!? There is no limit to what one can achieve. 10 years ago, who would have thought online coaching would take prominence over our conventional method of learning. While online coaching reaching rural India is a dream yet to be achieved, that in its real sense would make India digital because there is nothing more important than education.

How much time is good time to prepare for a law exam?

There is no right answer here. It is all about perspective. What you want out of that exam is how you would plan and prepare for it. We have students who spend months preparing for an exam and then we have those who study one night before the exam as well. So it truly comes down to what your objective is, what your goal is. Having said that, regardless of what you choose, preparation is a must to truly understand what’s expected out of that exam.

Is CLAT the best exam for LLB?

CLAT is preferred entrance exam for law by most aspirants because it enables them to study from the set of universities considered the best for law in India and CLAT being the common exam for these said universities. However, there are other universities which conduct their own entrance exam as well which in a way allows a student to keep their options open and not give up in case they are unable to clear their CLAT exam.

There days you have degrees such as BBA LLB, B.Com LLB – do they make sense if someone wants to pursue law seriously?

Absolutely. These days we have CA students who enrol themselves in a law school after graduation because there is a need to understand legal aspects which come in to pay while they deal with finances. These dual degrees of sort are beneficial and in a way they bring us at par with countries in the west where the concept of dual degrees is actually preferred.

Is CLAT the most difficult of all the law exams?

Yes, it is. Given its the preferred exam for law aspirants and we see around 50k students appear for the same every year, CLAT while not as difficult as other entrance exams, thorough preparation and guidance is required to ace this exam and join the law school of your dream.

From your experiences, do people prefer to join law firms or legal departments in big companies or set off to court and argue a case?

Majority law graduates opt for litigation, going to court everyday and arguing because since the inception of law as a profession, its always been about presenting a case before the honorable court. Though in recent times, we have seen a shift towards the corporate sector mainly because of the struggle period one can face while trying to position themselves in litigation which is as good as setting up a company.