For Mains, Prelims (UPSC) – a study on Self Help Groups – post lockdown they need economic revival 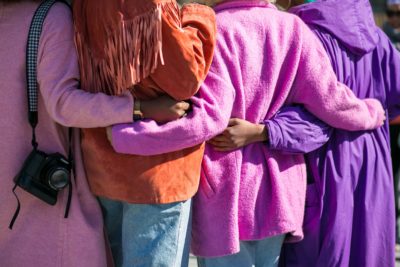 Definition and Features: SHG is a voluntary group of 10-20 people having similar socio-economic background in small contiguous area who aspire to improve their living standards.
They operate on the principles of self-help, solidarity and mutual interest.
They can serve many different purposes depending on the situation and the need.
They collectively manage their savings and credit needs.
Each group has a constitution or list of rules, created and accepted by the members themselves.

Functions:
Initiate and maintain savings within the group.
Lending loans to the members
Solving common problems
SHGs must work on getting a collective guarantee system so that they can avail loans from official sources
Prevent exploitation of or discrimination against member groups
Difference from traditional lending:
Acceptance of these informal groups both for accepting deposits and credit delivery.
Lending without specification of purpose, activity or project.
All loans are collateral free.

Three Stages of Evolution:
Formation of group
Funding or Formation of Capital
Development of required skills to boost income generation for the group
SHG and Bank Linkage Models:
The Self Help Group – Bank Linkage Programme is the largest microfinance programme in the world, with a total membership of around 10 million groups (covering nearly 120 million households) across India.
As of March 31, 2019, it has extended collateral-free loans of over 870 billion rupees to more than 5 million SHGs.
There are 3 kinds of SHGs on the basis of the nature of Bank-SHG Linkage:
Banks, themselves, form and finance the SHGs.
SHGs are formed by NGOs, government and other agencies but financed by banks.
Banks finance SHGs with NGOs and other agencies as financial intermediaries.
​
Significance of SHGs
​
They facilitate empowerment by building social capital among the poor, especially women and the disabled.
By facilitating access to credit and financial services for the poor, SHGs play a critical role in poverty alleviation and financial inclusion.
They also provide the marginalized sections an opportunity to improve their economic situation and become visible members of society.

Since SHGs are composed of people with similar interests and issues, they play a pivotal role in promoting collective decision making in solving common problems.
They inculcate a feeling of community identity and cohesiveness.
SHGs help implement and improve government schemes, thus increasing their efficiency.
SHGs also act as pressure groups to positively influence government policies and action.
SHGs also promote social integrity by fighting against social ills like child marriage, dowry, etc.
​
SHGs in India
​
Origin and Development
The concept of SHGs was pioneered by Nobel laureate Mohammad Yunus in 1970s.
Small efforts at organization can be seen in India since independence, as is the case of the Textile Labor Association in Ahmedabad which created a women’s wing in 1954 to provide vocational training to women belonging to families of mill workers.

The Self-Employed Women’s Association (SEWA) was established in 1972. The movement gained momentum after 1992 after receiving major push from NABARD and its SHG Bank Linkage Project, which is the world’s largest microfinance project at present.
During the same time, state governments of Andhra Pradesh, Tamil Nadu, Karnataka and Kerala set up separate organizations to deal with rural poverty.
In 1993, NABARD, along with RBI allowed SHGs to open savings bank accounts in banks.

In 1999, the Swarn Jayanti Gram Swarojgaar Yojana (SGSY) (National Rural Livelihoods Mission (NRLM) from 2011; (Deendayal Antyodaya Yojana (DAY –NRLM) from 2015) was introduced to promote self-employment in rural areas through formation and skilling of SHGs.
At present, State Rural Livelihood Missions (SRLMs) are operational in 29 states and 5 UTs. SRLMs are working strenuously to form, nurture and strengthen SHGs.
​
Framework for Promotion of SHGs
NABARD, through its’ Micro Credit Innovations Department has continued its role as the facilitator and mentor of microfinance initiatives in the country.
The NABARD and the RBI provide guidelines for basic requisites to form a “self-help” group and specifications about the loan requirements.

In 2000, the central government included micro-credit/ rural Credit in the list of permitted Non Banking Financial Company (NBFC) activities for being considered for Foreign Direct Investment (FDI)/ Overseas Corporate Bodies (OCB)/ Non-Resident Indian (NRI) investment to encourage foreign participation in micro credit projects.
Since the efficiency and survival of SHGs depends on transparent transactions especially on behalf of the banks, NABARD introduced the Banking Ombudsman Scheme in 2006 to address grievances of borrowers.

Other actors:
Small Industries Development Bank of India (SIDBI) – a statutory body –acts as the Principal Financial Institution for promotion, financing and development of the Micro, Small and Medium Enterprise (MSME) sector as well as for co-ordination of functions of institutions engaged in similar activities.
The Rashtriya Mahila Kosh (RMK) is an autonomous statutory society under the Ministry of Women and Child Development which works for socio-economic empowerment of women.
It acts as a facilitating agency and provides loans to NGO-MFIs termed as Intermediary Micro-financing Organizations (IMO) which SHGs and /or individual women.
The NGO sector has played a prominent role of working as a Self Help Group Promoting Institution (SHPI) by organizing, nurturing and enabling credit linkage of SHGs with banks.
NABARD also coopted other organizations such as SHPIs including the rural financial institutions (RRBs, DCCBs, PACS), Farmers’ Clubs (FCs), SHG Federations, Individual Rural Volunteers (IRVs) etc. These stakeholders were encouraged to take up promotion of SHGs by way of promotional grant assistance from NABARD.

The above article is reproduced from Atishmathur.com