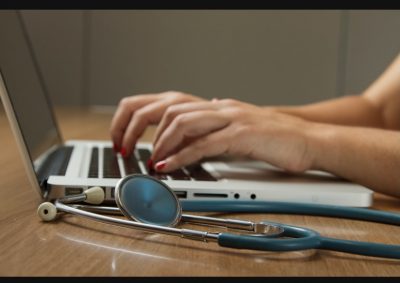 Below is the IIFT 2021 – Analysis by IMS Learning.

The entrance test for Indian Institute of Foreign Trade (IIFT) for the batch 2022-2024 was held on December 05, 2021. The test was conducted by the National Testing Agency (NTA).
There were no changes in the pattern from last year. The paper had 4 sections and a total of 110 questions. The number of questions in each section and the marking scheme also remained the same as IIFT-January-2021.

There were four sections with Quantitative Ability hosting 25 questions, Verbal Ability and Reading Comprehension had 35 questions, Data Interpretation and Logical Reasoning had 30 questions and General Awareness about 20 questions. Totally there were 110 questions.
According to IMS, the cut-off for General Category is 10-12 in QA, 32-35 in VA and R.C, 20-22 in DI and LR and 6-7 in GA. Totally about 123-127.

In the IIFT exam, the overall cut-off is significantly more than the sum of the sectional cut-offs. Therefore, since there is no sectional timing, a student should attempt a few questions in each section and devote more time and maximise the score in the sections of his/her strength.
Quantitative Ability
This was the toughest section in this question paper. Several questions were lengthy and time- consuming in general. This section was dominated by questions on Modern Math and Arithmetic. Out of 25 questions in the section, 8 were on Arithmetic, followed by 7 on Arithmetic, 6 on Geometry and 3 on Algebra.
* The cut-off is for general category male students. Going by the trend of the previous years, we
expect the cut-off for OBC candidates at 100-105 marks and that for SC-ST students at 80-85
marks. Further, we expect the cut-off for female students to be lower by around 5-7 marks in
each category than corresponding cut-offs for male students.

A total attempt of about 9-10 questions with 80-85% accuracy in about 30-35 minutes would be considered a good attempt in this section.

Reading Comprehension and Verbal Ability
Though the Section was overall of Medium difficulty level, the Reading Comprehension part was difficult. However, since the majority of the questions in VA (Vocabulary and Grammar) were
Easy the section as a whole became easy to deal with. There were 16 Reading Comprehension questions based on 4 passages and 19 Verbal Ability questions. The passages were of varying lengths from 600 to 1000 words. The two longer passages had 5 questions each, and the two shorter passages had 3 questions each. Both the five-question passages were difficult and the shorter passages were easy.
The Verbal Ability part was dominated by Vocabulary related questions with 12 questions on 19. And, there were 7 questions based on grammar.
Overall, the VARC section was slightly easier than last year. It is wiser to attempt the VA questions first. One could spend 15 to 20 minutes and attempt about 12 or 13 questions in VA; then turn to RC and attempt 8 or 9 questions in the remaining time of about 15 minutes. Overall one could attempt 20 to 22 questions in the Section.
Passage Topic
On Theory, Conceptual framework, and Dustbowl Empiricism,(Approx. 1000 words)
Low-context and high-context communication, (Approx. 750 words)
Religion, Morality and Social Order (Approx. 600 words)
Behavioural Science and Overexploitation of Natural Resources, (Approx. 1000 words)

Data Interpretation-Logical Reasoning
Out of the 30 questions in the section, 16 questions were on Data Interpretation (Four sets with four questions each) and 14 questions were on Logical Reasoning. Overall, this section was medium to difficult.
The Data Interpretation sets appeared more difficult than they actually were. All the DI sets had multiple graphs. The questions were based on observation as well as calculations. One set was fairly calculation intensive. However, the other sets involved relatively simple calculations.
Out of the 14 questions on Logical Reasoning, 12 were spread across four sets (two sets having three questions each, one set having four questions and one set having two questions). There were four standalone questions. The standalone LR questions were relatively straightforward and should not have been missed. The three LR sets involved one set on tournaments and two sets on matrix arrangement. There was one set with two questions on family tree. There was no set on Sequential Output. Out of the two standalone questions, one question was on Verbal Reasoning. That was the only question on Verbal Reasoning in the section.
Overall, the questions on DI were easier than that on LR. Moreover because DI and LR were combined in the same section, ideally students should have aimed at solving the majority of DI questions before attempting LR questions.
An attempt of about 12-14 questions with 80-85% accuracy in 35-40 minutes would be considered a good attempt in this section.

General Awareness
The General Awareness section had 20 questions. The section consisted of normal MCQs and match the column questions (2 column questions) typical of IIFT.
There were 5 static GK questions and 15 Current Affairs questions. Questions covered a wide range of areas including sports, geography, awards, brands & logos, government schemes, international organizations, national affairs, etc. and gave no special advantage to people who may be experts in a particular area.
The GA section this year was Easy and less difficult than last year. Several questions were from IMS GK material
An attempt of about 11 to 12 questions with about 60-70% accuracy in about 8 to 9 minutes would be considered a good attempt.

Interface
Overall conduct of the test was smooth and no major glitches were reported. The test layout was similar to that of CMAT. There were tabs for different sections and a question palette to navigate through the questions to the right. A number of questions required vertical as well as horizontal scrolling. Hiding the question palette would have helped students to see the whole question at one go.
Like in CAT, students could also view PDF of the question paper PDF. Students could have used this feature effectively, especially for DI.