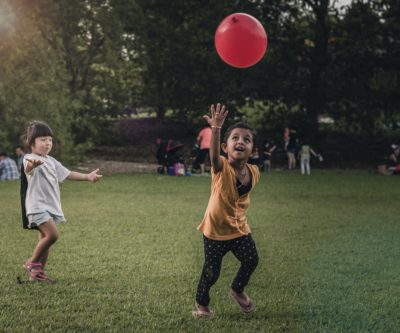 I. Prelims : Basic Concepts of Art 19

“Democracy is based essentially on free debate and open discussion, for that is the only corrective of government action in a democratic set up. If democracy means government of the people by the people, it is obvious that every citizen must be entitled to participate in the democratic process and in order to enable him to intelligently exercise his rights of making a choice, free & general discussion of public matters is absolutely essential.”
– Justice Bhagwati in Maneka Gandhi v. Union of India, 1978
​
​
Introduction
​
Under Article 19 of the Indian Constitution, all citizens shall have the Fundamental Right:
to freedom of speech and expression
to assemble peaceably and without arms
to form associations or unions
to move freely throughout the territory of India
to reside and settle in any part of the territory of India
to practice any profession, or to carry on any occupation, trade or business
This was expanded to include the right to receive and disseminate information in.
International conventions including the Universal Declaration of Human Rights, European convention on Human Rights and fundamental freedoms, and International Covenant on Civil and Political Rights also guarantee freedom of speech and expression and its protection.

Significance of Freedom of speech and expression
​
It is considered first condition of liberty.
It is essential for all democratic functions and processes, and for active participation in democracy.
It plays a crucial role information of public opinion on social, economic & political matters.
Free speech is an inviolable aspect of fulfilment.
​
Restrictions on Freedom of Speech and Expression
Article 19(2) of the Constitution authorises the government to impose, by law, reasonable restrictions upon the freedom of speech in cases concerning:
Interests of the sovereignty and integrity of India, the security of the State, friendly relations with foreign States, public order, decency or morality or in relation to contempt of court, defamation or incitement to an offence.
The incitement to an offence was added through the 1951 Constitution (First Amendment) Act wherein freedom of speech and expression cannot provide citizens with a privilege to incite people in committing offence.
In addition to the above, the rights to freedom under Article 19 are revoked during the time of National Emergency proclaimed by the President. During this time, of the President is authorised to suspend citizens’ right to move to the Supreme Court to implement their personal freedom.
​
Important Judgments
In Romesh Thappar v State of Madras, 1950 the Supreme Court held that the freedom of speech and expression includes freedom to propagate ideas which is ensured by freedom of circulation of a publication. Moreover, freedom of speech and of Press was declared to be the foundation of all democratic organisations.
The cases of Bennet and Coleman & Co. v. Union of India, 1973 and Indian Express Newspapers (Bombay) P. Ltd v. Union of India, 1986 extended freedom of expression to corporations and the SC declared that limitations on the right outside the purview of Article 19(2) are not valid.
In Maneka Gandhi v. Union of India, 1978 the SC ruled that freedom of speech and expression was not limited by geographical limitations or boundaries and claimed that Article 19(1)(a) encompasses both the right to speak and the freedom to express in India and also abroad.
In Bijoe Emmanuel v. State of Kerala, 1986, where three school students in Kerala were dismissed for not singing the national anthem even though they stood respectfully the SC held that they had not committed any offence under Prevention of Insults to the National Honor Act of 1971. Moreover, the right to silence was declared part of right to freedom of speech.
In Odyssey Communications (P) Ltd. v. Lokvidayan Sanghatana, 1988 the SC acknowledged the right to broadcast and advertise as modern aspects of freedom of speech and expression.
In People’s Union for Civil Liberties (PUCL) v. Union of India, 1997 the SC declared that telephone tapping, violates Article 19(1)(a) unless it comes within the grounds of reasonable restrictions under Article 19(2).
In Anuradha Bhasin vs Union of India and Ors, 2020 the SC ruled that freedom to access the Internet is a fundamental right and is protected under Article 19(1)(a).

The above article in reproduced from atishmathur.com