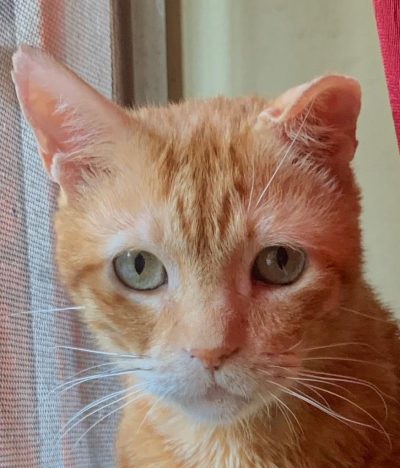 CAT 2022 – Slot 3 Test Analysis
(Sunday, November 27 – 4:30 to 6:30 pm)
The third slot of CAT 2022 took place today between 4.30 pm and 6:30 pm.
The structure of CAT 2022 remained largely the same as in 2021. However, the DILR and Verbal
sections saw some changes in segmentation and the number of MCQs and TITA. All three slots
had the same pattern. The Verbal Section had 2 paragraph completion questions instead of the
anticipated Odd Sentence questions.
Overall, Slot 3 was slightly more difficult than the first two slots owing to more difficult QA and
LRDI Sections, though it had an easier VARC section.

The marking scheme was +3 for every correct and -1 for incorrect. There was no negative
marking for TITA Qs.
Based on the feedback received from several candidates who have appeared in the THIRD slot,
our initial estimate of the scores and percentiles*** is as follows: We shall release the revised
estimates once the response-sheet is released

Verbal Ability & Reading Comprehension
The VA-RC section consisted of 16 Reading Comprehension questions and 8 Verbal Ability
questions. The passages were of Easy-Medium difficulty level except for the one on Impact of
Oriental Literature. Overall, the section was easier than in the first two slots. About 12
questions could be attempted with high accuracy in RC alone. The 2 Para-completion
questions, which were new, consisted of a key sentence followed by a paragraph with four
numbered blanks. One had to identify the blank in which the key sentence would correctly fit.
There were 3 paragraph jumbles in TITA format, and 3 summary questions as MCQs. In VA, 5-6
attempts with high accuracy were possible. 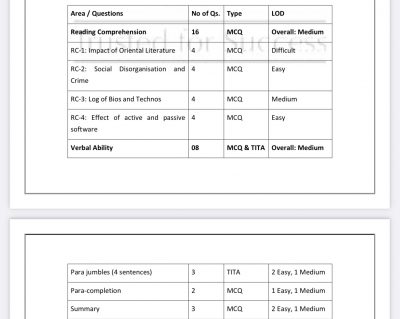 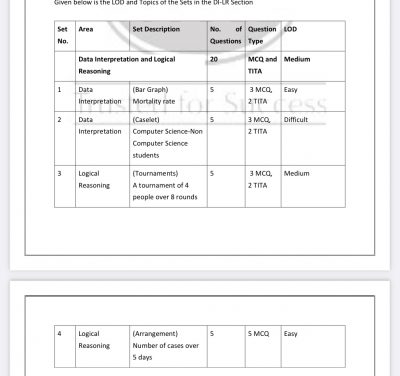 Quantitative Ability
This section was Medium in terms of Level of difficulty and was dominated by Arithmetic (8
questions), followed by Algebra (5 questions). Apart from this, there were 4 questions on
Geometry, 2 questions on Numbers and 3 questions on Modern Maths. In Arithmetic, the
questions were on Averages, Mixtures and Alligations, Time-Speed-Distance and Time & Work.
Modern Math consists of Functions, Progression and P&C. In Geometry, there were questions
on Triangles and Quadrilaterals. In Algebra, there were questions on Quadratic equations and
linear equations etc.
Selecting the right questions to attempt was the key. Students should have been able to
attempt about 13 questions in the given time with 85-90% accuracy. 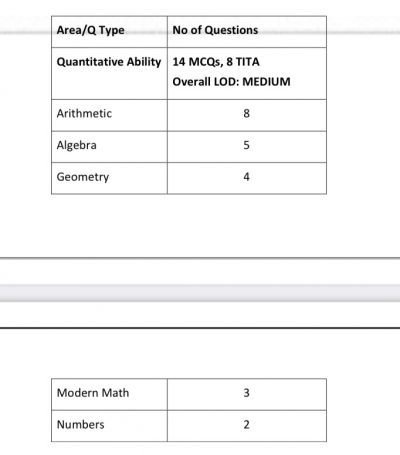 THE PROCESS
No shoes and no metallic objects including metal jewelry were allowed. Only the admit card
and the ID proof were allowed. As in the previous years, the authorities took possession of the
admit cards. The candidates were given a small pad with IIM CAT Logo on the cover (32 pages)
for rough work and a pen – which were also taken away at the end of the exam.

TEST INTERFACE
The test interface was quite user-friendly and exactly the one provided in the official CAT Mock
Test. There were no subdivisions within each section. A simple calculator was provided, and not
a scientific one. There was an arrow provided near the question palette which when clicked
expanded the question window to full-screen view by hiding the question palette & vice versa
At the end of the test, a summary of the number of questions attempted, visited, and not
visited was displayed for each section.
There was a button marked ‘Question Paper’ that opened up a screen containing all the
questions of the section. This was used by students for planning their approach for the section.

*** The scores and percentiles mentioned in this analysis are indicators based on the
feedback from students and IMS experts.

The above analysis is by IMS Learnning